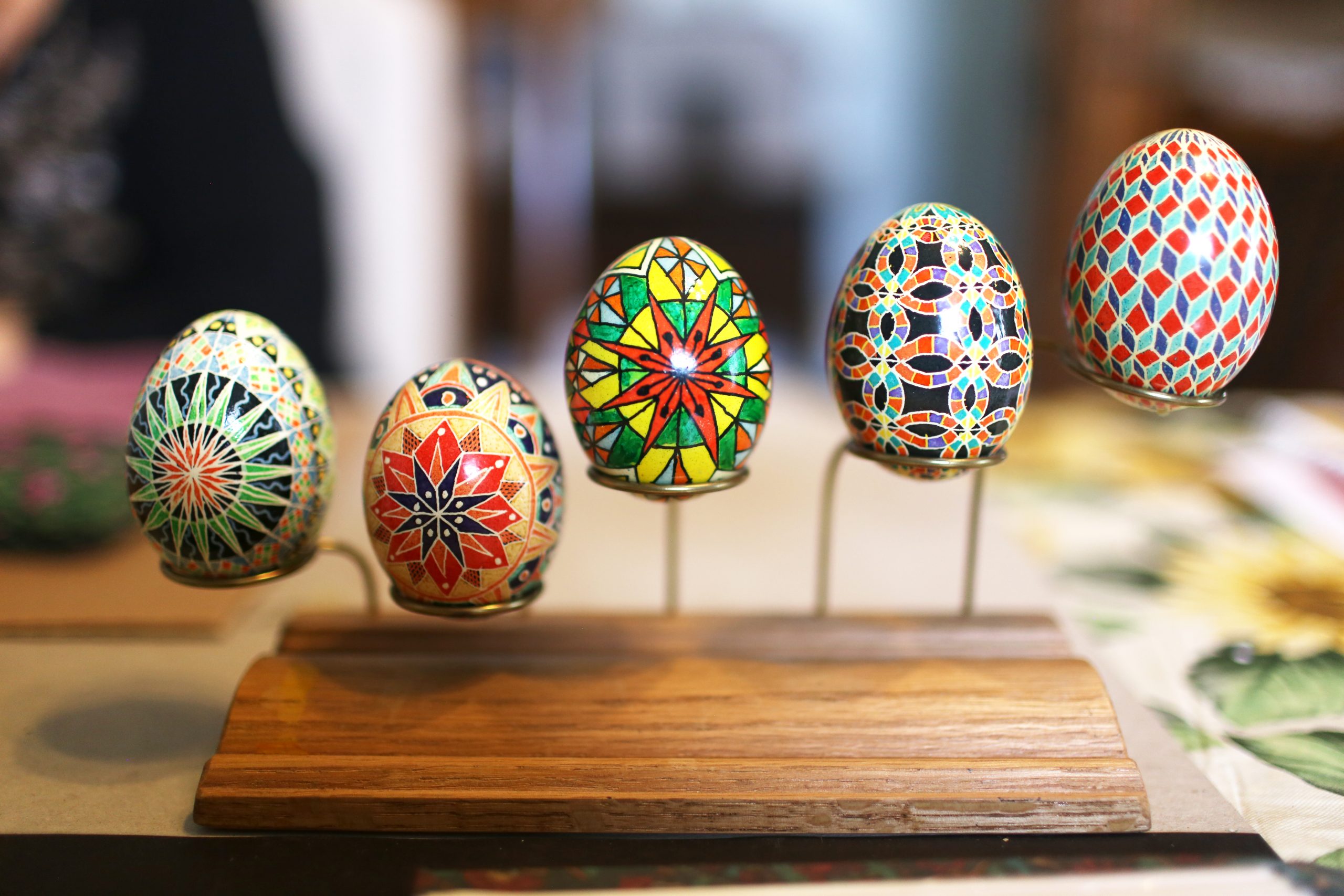 The Folk Arts Program of The ARTS Council of the Southern Finger Lakes is hosting a Pysanky Easter egg workshop led by Felicia Dvornicky. Come learn how to make your own pysanka. Each participant will receive their own beginners kit with six dyes, bees wax, kistka and sample patterns. Candles will be provided.

Event is free, but space is limited. 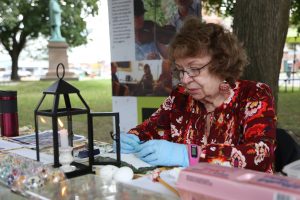 Felicia Dvornicky has been making both Polish pysanky (wax resist dyed Easter eggs) and wycinanki (cut paper) for over forty years. Born in Dundee, NY to a Polish American family, Felicia remembers seeing family friends’ pysanky from a young age. In the 1970s, her husband, Jake Dvornicky, who was a founder of the Elmira-Corning Polish Arts Club, reintroduced Felicia to pysanky after learning of her interest in cloth batik. Felicia and Jake have made eight trips to Poland to reconnect with family and to deepen their knowledge of various folk art forms. Felicia was an art teacher for 30 years at Odessa-Montour, Corning-Painted Post, and Holy Family schools, as well as a visiting teaching artist with the Arnot Art Museum teaching hundreds of people folk arts. She has also taught internationally in both Poland and Slovakia. Her work has been featured in traveling exhibits, including Folk Artists of the Southern Tier (1985), and Out of the Ordinary: Community Tastes and Values in Contemporary Folk Art (1995-1998). She was the New York State presidential Easter egg representative in 2008. She has been featured in multiple solo shows, including at the Roberson Museum in Binghamton, NY. She has received best in show a number of times for both her pysanky and wycinanki at Gallery 911 and the Da Vinci Art Alliance in Philadelphia and the Glenora Music and Arts Festival in Dundee, NY. She has also been featured in multiple television and print stories regionally. In addition to pysanky and wycinanki, Felicia also works in acrylic, watercolors, Chancery calligraphy, batik on cloth, Chinese paper cutting, Scherenschnitte German paper cutting, and icon writing.

Presented in partnership with:

Thank you to our title sponsor: