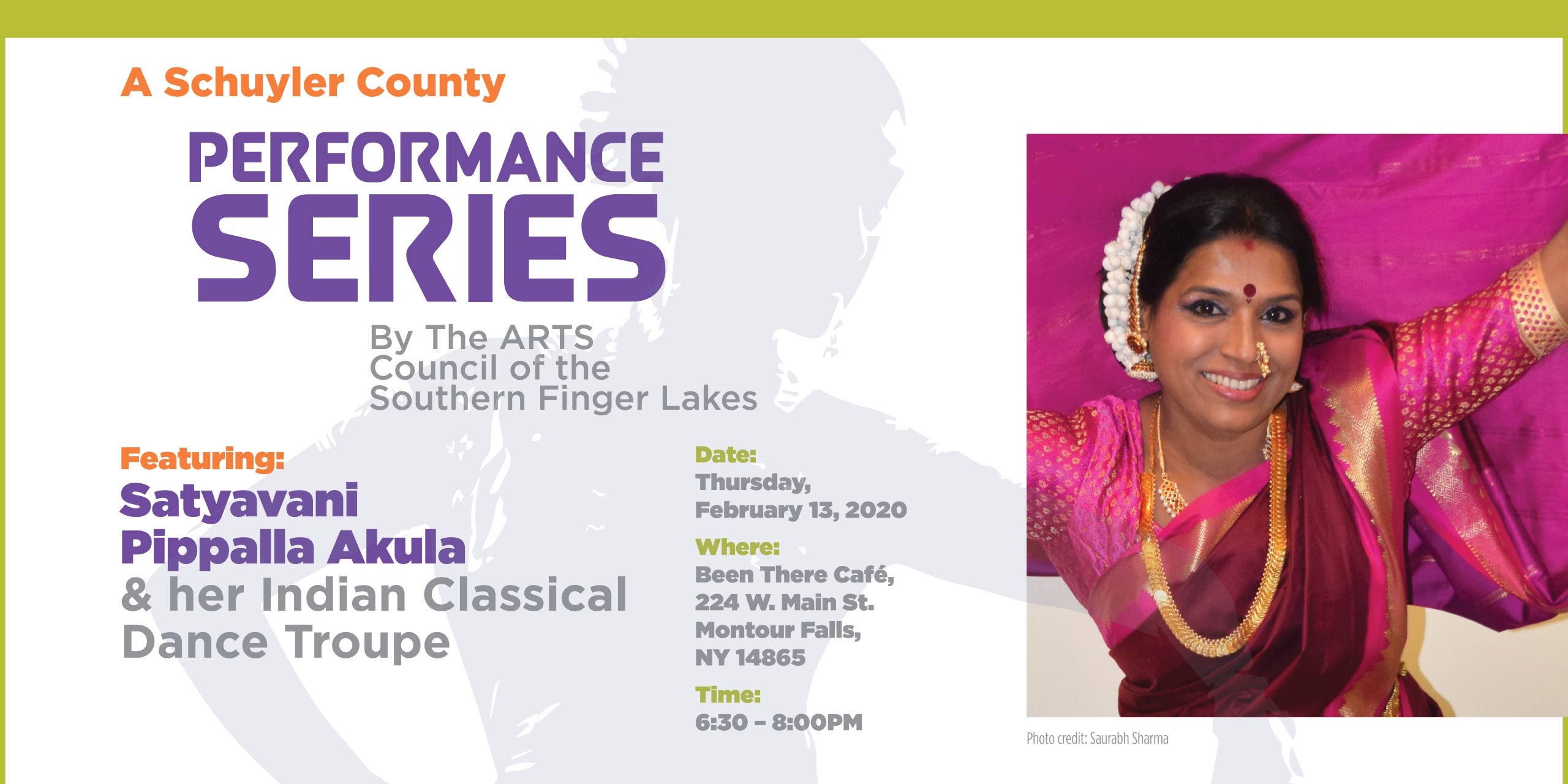 Come see both classical and folk dance from Southern India, and learn about the history and techniques of the dances. Following the demonstration, audience members will have an opportunity to join in and learn a traditional social dance. No experience necessary!

Satyavani “Vani” Pippalla Akula has been dancing since she was three years old. One of her most vivid memories as a child is attending a staged performance by revered Indian dancer Yamini Krishnamurthy and copying the performance in the aisle of the theater. Following the performance, her father took her backstage to meet Srimati Krishnamurthy, who enjoyed seeing Vani dancing during the performance and encouraged her parents to train her under a guru. Thus, her formal dance lessons began in Odissi, one of the eight forms of Indian classical dance. Eventually, Vani began studying Kuchipudi, another classical Indian dance which originated in the village of Kuchipudi in Andhra Pradesh. Later in life, Vani moved to the U.S. and began working in Maryland and eventually came to work as a software engineer in Corning. In the U.S. she continued studying Kuchipudi under Mr. Sastry Bhagavatula. Currently, she continues to blossom as a dancer under the guidance of Srimati Bala Kondala Rao, a master kuchipudi teacher in India.

For the past seven years, Vani has taught Kuchipudi and other Indian traditional dances to adults and young people in the Southern Tier of New York. The dances her students learn cover a range of genres, from Kuchipudi and folk forms to western and eastern fusion mashups. She and her students have performed throughout the region at annual Diwali and Holi celebrations at 171 Cedar Arts, the Clemens Center, and the Arnot Mall with The ARTS Council of the Southern Finger Lakes. Vani is a dedicated dancer and visual artist committed to passing along these traditions to Indian American youth, and educating the wider public on the rich field of Indian dance.

Thank you to our sponsors: