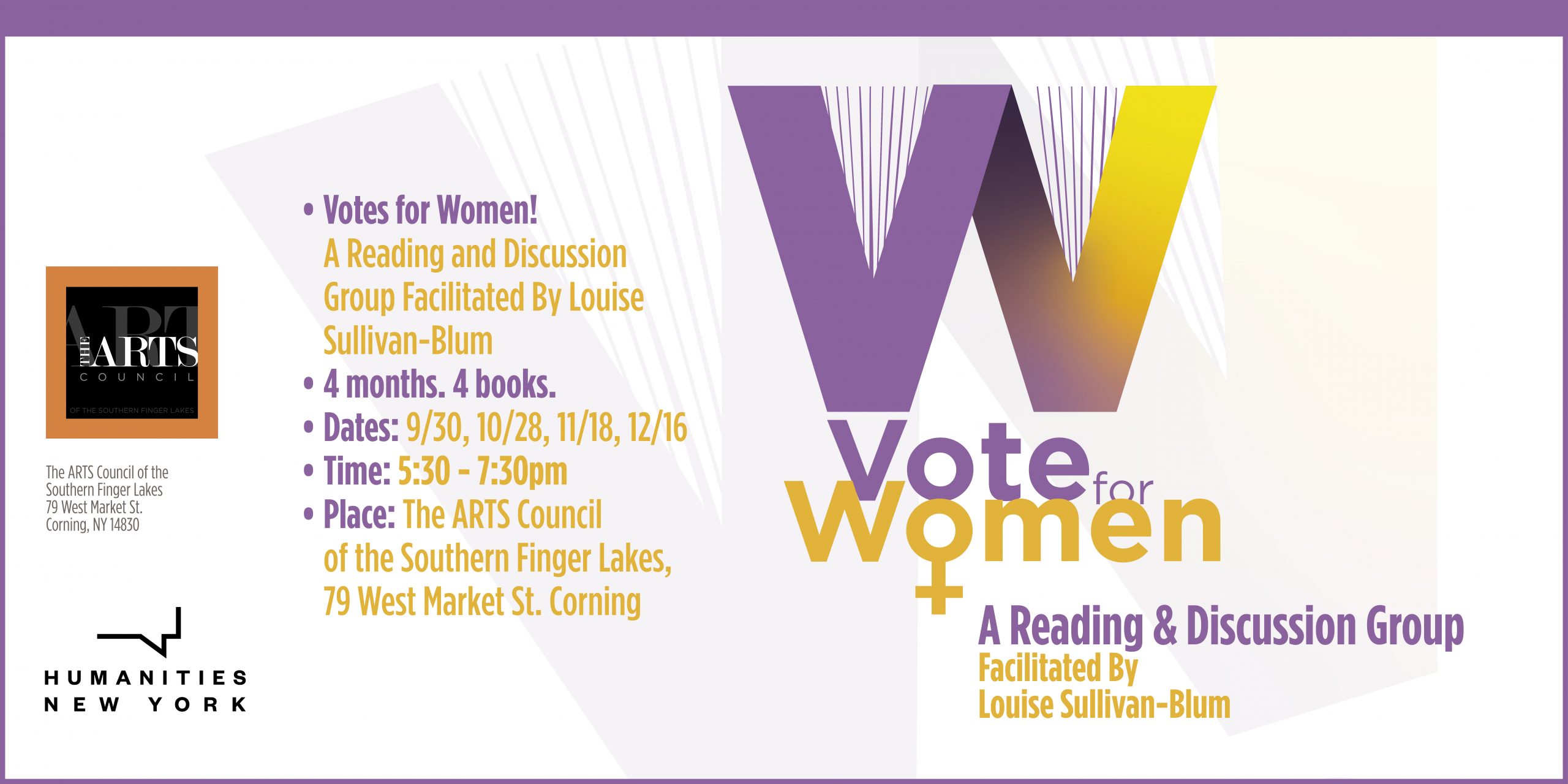 It’s been 100 years since the passage of the 19th Amendment gave women the right to vote. In a time when voting rights are under siege across the country, it’s crucial to remember the vehemence with which people have fought to achieve those rights. The history of the women’s suffrage movement spanned seventy years, from the 1848 meeting convened by Elizabeth Cady Stanton in Seneca Falls to the tactics wielded by Alice Paul, and includes overlooked stories and actors such as the African-American suffragists. Our book selections — which include history, biography, and fiction — provide a window into this chapter of American social progress and a springboard into ongoing discussions of women’s — and by extension, our society’s — past, present, and future.

Facilitated by Professor Emeritus Louise Sullivan-Blum, our discussions will spring from the following readings:

We ask that if you’d like to join this group you commit to attending all 4 meetings. We understand that things come up that can’t be helped, but in an effort to create a safe space for discussion, we would like to create one cohort that stays together throughout this journey.

You will be able to pick up your first book at The ARTS Council by the end of August. Each subsequent book will be available at each meeting. All books must be returned to The ARTS Council as they are on loan to us from Humanities New York.

ADVANCED REGISTRATION IS REQUIRED! Attendance is capped at 15 so claim your spot early! After registration closes you will receive an email with details about the group and book pick-up.

After receiving her MFA from the Iowa Writer’s Workshop, Louise A. Sullivan-Blum spent 28 years teaching writing and literature at Mansfield University. In addition to designing and directing a minor in Creative Writing, she developed and taught courses in LGBTQ Literature, Graphic Novel, Disaster Lit, Young Adult Lit, and Protest Lit. She is the author of two published books, Amnesty, a Lambda Literary Award finalist for fiction, and You’re Not From Around Here, Are You? A Lesbian in Small-Town America, a memoir. She is a MacDowell fellow, and her short work has appeared in a range of literary magazines and anthologies, been nominated for a Pushcart Prize, and selected for inclusion in Best American Essays. Her essay, How it Ends, about one woman’s battle with breast cancer, appeared in the March 2020 issue of The Sun Magazine. She has given readings of her work in dozens of cities ranging from San Francisco to Montreal.